According to medical statistics, a deviated septum in varying degrees, is seen in about 80% of people.

It is not always such a deformation creates discomfort to man, but when it does occur may require surgical intervention.

From the point of view of physiology the nasal breathing is considered normal for a human body. But in some cases, people are faced with nasal congestion.

The reason can serve as allergic reactions, respiratory disease, or structural features of the respiratory system.

Septoplasty is ENT surgery to correct the form of the nasal septum. Unlike rhinoplasty, it is performed not for aesthetic, but for medical reasons.

The most common intervention on the nasal turbinates is turbinectomy. Turbinectomy is plastic surgery, which allows to make correction of anatomical defects of the nose.

The main indications for this type of plastic are a deviated septum and hypertrophy of the turbinates. These reasons lead to the swelling of the shells.

As a result, it becomes impossible to breathe. Conservative methods in such cases are powerless. Surgery is the only way to solve the problem.

However, these two operations are often complement each other (for example, when a deviated septum leads to change the overall shape of the nose, and vice versa – when, as a result of trauma, deforms not only the shape of the nose, but also its internal structure).

Indications for septoplasty and turbinectomy 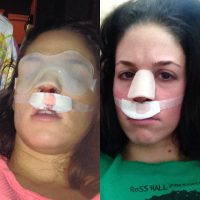 The main indication for septoplasty and turbinectomy is a violation of nasal breathing caused by a deviated septum. Also, this may be accompanied by:

In addition, most of the humps on the nose are due to a deviated septum – septoplasty in this case is not required, but may be carried out on the request of the patient. It is important to take into account that cartilage of the nasal septum continues to grow to 18-21 years, therefore, with a few exceptions, septoplasty and turbinectomy are not carried out before the mentioned age. 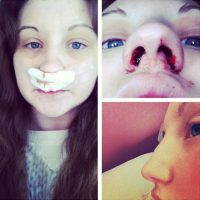 Firstly, there is a chance that the shape of the partition is normalized in a natural way, and secondly – surgery may provoke a new deformation, for elimination of which must be performed revision septoplasty.

How is the correction of the nasal septum. Endoscopic and laser septoplasty

The operation is performed under local or general anesthesia and takes about 1-2 hours. The essence of septoplasty – excision of the deformed cartilage areas. At the same time, the mucous membrane is peeled that allows to keep its integrity.

Modern techniques of septoplasty allow you allow to limit excision – removes only a minor parts walls that prevent “build” it in the correct vertical position. In some cases,  parts cartilage are extracted and flat out and then put back. 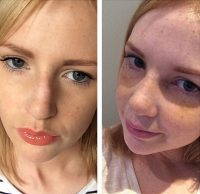 Septoplasty And Turbinoplasty Or Turbinectomy Surgery

To date, the most popular are methods of correction of the nasal septum, based on the using of minimally invasive surgical equipment:

The recovery period after septoplasty

After the operation, the corrected septum is fixed in a new position by means of special tampons. Prior to their removal (a few days) will have to breathe only by mouth that can cause such unpleasant symptoms as headache, dry mouth and a slight rise in body temperature. 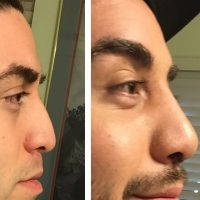 For 7-10 days after septoplasty swelling persists – that is why, even after removal of tampons, there will not be a significant improvement in nasal breathing.

After 1-2 weeks you can go back to your normal routine, but it is desirable to avoid strenuous exercise for at least another month.

Prices for septoplasty & turbinectomy. How much does the surgery?

Septoplasty and turbinectomy cost depends mainly on the level of difficulty, which is determined by the nature and the degree of deformation of the nasal septum. 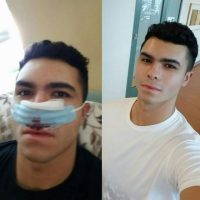 Septoplasty With Removal Of A Turbinate Bone

Price for septoplasty, which implies the restoration of the injured septum (when the cartilage is broken in several places or crushed) will be 2-3 times higher.

In addition, the cost will depend on the type of anesthesia and the time spent in the hospital – all these points need to be clarified at the surgeon during the consultation.

In addition to the above-mentioned age limits, septoplasty and turbinectomy are not carried out in the following cases: 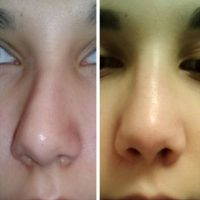 Septoplasty With Turbinectomy Before And After Photo

During the turbinectomy is not performed external incisions. Access is made through the nasal passages, which makes the correction less traumatic.

In aesthetic surgery customary to speak of the two main types of turbinectomy. This is the front turbinectomy.

It is performed by truncating the bone and surrounding tissues in front of the inferior turbinate.

And lower partial turbinectomy. In this case, the tapered part of the shell is removed, and the connection is made along the edge of the formed defect. 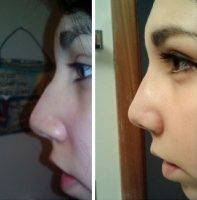 To date, applied a large number of turbinectomy. Among them are traditional, aspiration-ultrasound, radio frequency, inside the shell, as well as endoscopy.

Aspiration-ultrasound and radio-frequency techniques are minimally invasive methods of correction. Endoscopic turbinectomy allows you to remove cysts, polyps, restoring aeration of the nasal cavity, to remove mucus from the sinuses.

It is through the use of minimally invasive techniques, septoplasty and turbinectomy today are characterized by a low probability of postoperative bleeding.

It is also important that this type of correction will reduce the volume of the nasal turbinates, keeping function and the area of the nasal mucous practically unchanged.