Rhinoplasty in Iran is an operation the purpose of which – correction the size and shape of the nose, correction of physiological or acquired defects.

This term refers to the full restoration of the nose, absent due to illness or from birth. This procedure today safely be called the most popular in the field of plastic surgery.

With rhinoplasty can change the profile, remove a small hump, correct the tip, to narrow or straighten the back of nose and wings of the nose.

Plastic surgeons can work wonders, lengthening, shortening, making it proportionally, straighter and most noticeably a snub protruding part of the face.

In addition to esthetic functions rhinoplasty can help restore normal breathing by removing the defect of the nasal septum.

Indications for rhinoplasty are: 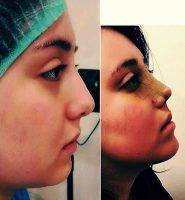 Dr Hamidreza HOSNANI Nasal Rhinoplasty Images Before And After

Strictly speaking, the patient’s dissatisfaction with his own nose is an indication for nose surgery.

The relative and absolute contraindications

Surgery on the nose is prohibited in the following cases: 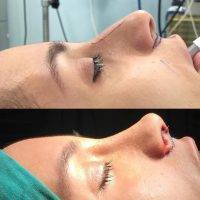 Before And After Plastic Surgery On The Nose Iran Pictures

Is permissible conduct rhinoplasty for patients younger than 18 years with the written permission of parents or guardians.

The surgery is performed under general anesthesia and usually lasts no more than 2 hours. Currently, surgeons use several techniques of nose beauty surgery.

This method is used in case of a significant volume of surgical intervention or during re-intervention. The surgeon makes the incisions in nose skin folds between the nostrils and in the base of each nostril. 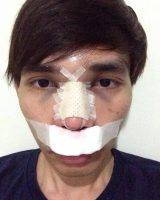 The skin is separated from the cartilage, after which the doctor performs the necessary manipulations on removal or correction of the opening portion of cartilage or bone.

The advantage of the open rhinoplasty is a convenience for the surgeon, who sees all volume the work, respectively, the result is better . Beautiful tip of the nose can be made only by means of open access.

Closed access implies endonasal access. Symmetric incisions are performed along the nostrils, the surgeon manipulates the tool in an area of restricted visibility.

It requires a lot of precision, high qualifications and extensive experience. This method is good with insignificant corrections of the nasal bridge.

Which method is better? Closed Versus Open rhinoplasty. 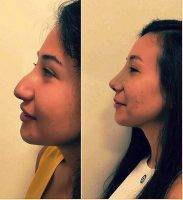 My personal experience says that the open rhinoplasty is always gives a nice and predictable result, particularly when it comes to changing the shape of the tip of the nose, or a significant change the nasal bridge.

Of course, if you need to remove a small hump back of the nose (no more than 2 mm), the surgeon can use a closed access.

But at a volumetric surgical intervention to expect beautiful aesthetic result is simply impossible.

Imagine, in order to reconstruct the back of the nose is necessary to change both the bone and cartilage of the nose.

If the bones can be corrected with the help of the osteotomy and grinding, but to correct the cartilage of the nasal bridge properly is simply impossible. 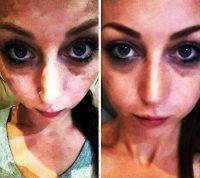 For this purpose the surgeon must cut off the cartilaginous portion consisting of three of cartilages, with a sharp instrument, and as you understand it is better to do under visual control than blindly scissors.

After that, the surgeon must fix the position of the cartilage, sometimes by modeling their height and projection to each other, adding there to additional cartilages (grafts).

It is impossible with closed rhinoplasty. Rhinoplasty tip of the nose by the closed method is even more unpredictable, we can not influence on the shape and angle of the alar cartilage, on the length of the medial or lateral cartilage.

Why do some Iran doctors use a closed rhinoplasty? 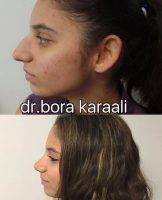 Plastic Surgery On Nose Iran Women Before After Pictures

This method is preferable when the need to remove a small hump on the nose. Another important advantage of the closed rhinoplasty for the doctor and the patient – this is the duration of nose job in Iran.

Closed rhinoplasty takes about 30-50 minutes, whereas open rhinoplasty requires from 1.5 – to 5 hours painstaking work. The recovery period at the closed and open rhinoplasty the same. Fixing bandages are removed on the tenth day after nose job in Iran.

Dr prices for operation for nose in 2015:

Cost of revision nose rhinoplasty on average is $4000 dollars in 2016 in Iran
The prices for revision nose cosmetic surgery in 2014: