Asian Nose Job Before And After

Photos taken before and after asian rhinoplasty, allow us to estimate the results of the surgery.

By comparing a photo before and after nose, you can easily determine how well the operation was performed and how harmoniously the perception of the new shape of the nose.

This section will enable you to understand the orientation of plastic surgery for change the shape of the nose and the expediency of its implementation.

In most cases, a positive decision is made because a comparison of the photos before and after rhinoplasty provides a clear idea of the possibilities of rhinoplasty.

Pictures before and after asian nose job can be placed with the consent of the patients!

How to Prepare for an Operation? You should pass a medical examination of the body prior to rhinoplasty to identify the conditions under which the operation is contraindicated.

– acute respiratory viral infections;
– inflammatory processes on the skin of the face;
– acute renal and hepatic failure;
– cardiovascular diseases;
– coagulation disorders such as hemophilia A and B. 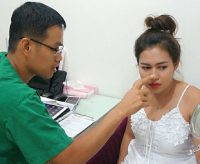 Asian Nose Is Augmented Rather Than Reduced

In our clinic, you can undergo a full laboratory examination, which includes:

If there is no contraindications plastic surgeon will simulate the appearance of your nose after surgery using innovative 3D equipment. You tell him exactly what you want to change, and he will take into account all your wishes. Before the nose beauty surgery, he will take a photo for comparison obtained the results. 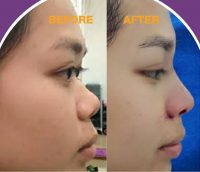 How the operation is performed?

The duration of the ethnic nose job depends on its complexity and volume. On average it lasts from 1 to 2 hours. Rhinoplasty is performed under general anesthesia and absolutely painless for you.

Experienced surgeons and anesthetists are working in our clinic, which will take care of your safety during the operation. 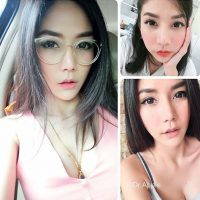 Korean rhinoplasty can be performed by two methods: open and closed. Open rhinoplasty is preferred for complex operations, during which the doctor changes the shape and size of the bone and cartilage.

Incisions are made in the skin near the nose wings, and the skin pulls back to bridge of the nose. Thin seams are applied at the incision site after rhinoplasty, which do not leave scars on the skin.

Closed surgery less traumatic than open nose job. During the closed rhinoplasty the incisions are not made on the skin. All manipulations are carried out through the nostrils.

The result of the surgery.

You will be able to evaluate the results of asian nose job in 2 weeks. On the 14th day, you will need to come to the doctor for the removal of bandages and sutures. 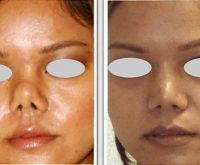 Augmentation Rhinoplasty Is Most Frequently Performed In Asian Patients

And right in this day your compare his nose with his photograph before the surgery.

Term hospitalization after rhinoplasty is 1-3 days. At this time, you will be under constant medical supervision and will receive all necessary medical therapy, which consists of painkillers, anti-inflammatory drugs and decongestants. Also, you will do the dressings of the nose.

Recovery lasts 14 days. The first 5 days may be observed mild soreness and swelling. These symptoms gradually disappear. During these two weeks, you will need: 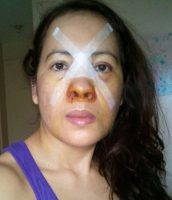 The cost of rhinoplasty

The price depends on its size, complexity, and duration of operation. The price also includes: 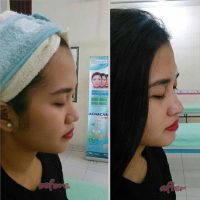 Compared With Caucasians, Asians Generally Have A Shorter, Wider, And Less Projecting Nose

Photography is a testament to how you can actually correct the the appearance imperfections.

You are given a great opportunity to view the photo after plastic surgery of nose, and compare the results based on the analysis, make conclusions, which further help you in choosing a plastic surgeon.

All the photos of asian nose job experience posted with the consent of the patients!

Asian nose plastic surgery before and after gallery

Cosmetic Surgery For Asian Male Nose Before And After Photos

Asian Male Nose Job Before After

Asian Male Rhinoplasty Before After

Asian Non Surgical Nose Job Before And After

Asian Nose Beauty Surgery Usually Involves Restructuring The Nose, Particularly The Area Between The Nasal Tip And The Bridge

Asian Nose Plastic Surgery Before And After Photo Of Surgery

Asian Nose Plastic Surgery Before And After Photos

Asian Nose Plastic Surgery Before And After

Asian Nose Surgery Before And After Pics

Asian Noses Are Noses With Flat Bridges, Lacking Bony Height In The Bridge, And Soft, Floppy And Ill-defined Nasal Tips

Asian Rhinoplasty Before After Photos

Asian Women Prefer To Make Theirs Noses Stand Out More

Flat Asian Nose Job Before And After Pic

Flat Asian Nose Surgery Before And After

Korean Nose Surgery Before And After

Nose Job Before And After Asian Women

Nose Job Before And After Photos Of Asian Women

One Common Feature Of Many Asian Noses Is A Low, Flat Bridge

Photos Of Asian Non Surgical Nose Job Before And After

Rhinoplasty Nose Job Before And After Asian Women

The Asian Nose Appears Broader When Looking At It Straight On

The Asian Nose Clearly Having A More Rounded, Bulbous Appearance

The Asian Nose Has A Much Thicker

The Length Of The Asian Nose Is Slightly Shorter