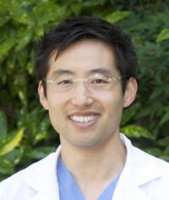 Question
Answer Header & Date
Answer Snippet
Eyelid Ptosis or Eyebrow Ptosis After Double Eyelid Surgery?
Eyelid Ptosis or Eyebrow Ptosis After Double Eyelid Surgery
Jul 28, 2011
You have left upper eyelid ptosis and this is evident because: 1) Increased fold height in the left eye; 2) decreased iris, also known as color aspect of the eye, that is being shown in the left eye; 3) a full or complete eye elevation on the right. You could tell that the left eye is slightly lowered than the right. Therefore, ptosis revision is needed. You do not have to wait three months for ptosis revision. The reason is that the more you wait, the more scar formation occurs, since…
Taping the Eyelid Skin for Lagophtalmos- Can This Cause Eyebrows to Droop?
Lagophthalmos After Double Eyelid Surgery
Jul 6, 2011
For a 19-year-old to have a small lagophthalmos after double eyelid surgery is not uncommon and it usually goes away after a few weeks with or without tape. Therefore, taping was not completely necessary. The reason why your brow feels heavy is that, because the double eyelid surgery clears any excess skin that hoods over, you now would not have to use you brow to elevate the excess skin. You should feel the brow descending and this is just a sensation that your brow is now low in position….
Anatomy of Asian Eyelids
Eyelashes Move Up When a Crease is Made
Jul 6, 2011
You have made a good observation in that a person without double eyelids will have eyelashes that are aiming down. Also, not only would the eyelashes be aiming down, but if there is excess upper eyelid skin pushing down against the eyelashes, then it can also cause irritation to the cornea or irritation in sensation. However, by having a double eyelid surgery the eyelashes move up. One can think of the mechanism as a blanket that is just hanging versus somebody pushing that blanket in. Then…
Options for Enlargement of Asian Eyes
Options for Enlargement of Asian Eyes
Jun 14, 2011
You’re correct in that traditional double eyelid surgery does not make the eyes bigger. One would think that their eyes have gotten bigger after getting traditional double eyelid surgery because double eyelid surgery takes up the excess hooding on the upper eyelid. Therefore, if there was excess skin that’s covering a significant portion of the color aspect of the eye that is being shown then after the double eyelid surgery one would think that his eyes have gotten bigger since…
Brow Lift and Asian Blepharoplasty with Canthoplasty to Improve Eyelids?
Ptosis Repair with Double Eyelid Surgery Would Work
Jun 14, 2011
According to the picture, it seems like you have eyelid ptosis. A brow lift will not help and a lateral canthoplasty will not help. Your condition will be corrected by performing a ptosis repair, and by also doing double eyelid surgery to compensate for the slight excess skin that’s hooding. You do not have heavy brow and your hollowness of the lids is very characteristic for patients with eyelid ptosis.

Any Doctor Comfortable Repairing Asian Eyelid and Brow Ptosis, Including Crease?
Repairing Asian Eyelid and Brow Ptosis
Jun 14, 2011
If you have eyelid ptosis, you should not have brow ptosis, especially if you had surgery about ten years ago for congenital ptosis. If you have congenital ptosis, it means that you usually would have had surgery during your early childhood, and therefore, brow ptosis from aging would not have set in. The reason I mentioned this is that when one has ptosis, one is trying to raise their eyelids so that they also raise their brow. So often people with eyelid ptosis characteristically have an…
Best Method for Asian Double Eyelid Surgery?
Best Method for Asian Double Eyelid Surgery
Jun 13, 2011
1. The suture technique double eyelid surgery is by far superior to laser double eyelid surgery. The reason is that laser double eyelid surgery uses laser to cut the skin. There are many surgical devices that surgeons can use to cut skin in soft tissue as well as to stop bleeding. Those are either traditional electric cutter or they could even be sound wave cutter or laser. The problem with laser is that it burns and thus desiccates or dries/chars out the skin. Therefore, even though it…
Possible to Get Wider or Bigger Eyes?
Bigger or Wider Eyes
Jun 10, 2011
Yes, it is definitely possible for you to get wider or bigger eyes. From the picture, it seems like you have an epicanthal fold, also known as the Mongolian fold. This epicanthal fold is due to excess skin along the medial side, or towards the nasal side of the eye. Recent researches have shown that it is also due to excess fibrous tissue and excess superficial muscle of the eye, known as the orbicularis oculi muscle. The surgeon will be required to perform epicanthoplasty in order to make…
Incisional vs. Partial Incisional Double Eyelid Surgery
Incisional vs. Partial-incisional Double Eyelid Surgery
Jun 10, 2011
The answer should be neither, but a NON-INCISIONAL double eyelid surgery. You’re an 18-year old patient and that means you should have no or very minimal excess upper eyelid skin that needs to be removed. Most 18-year-old patients who have double eyelid surgery do not need their skin removed. What I am trying to say is that if a double eyelid surgery can be performed then your eyelid shouldn’t be any different from that of any other person who has a natural double eyelid crease…
Mild Ptosis More Complicated to Fix?
Is Mild Ptosis More Complicated to Fix?
Jun 7, 2011
It depends on how mild the ptosis is. Some ptosis is considered a mild/border line ptosis. You should also ask, is there an asymmetry or is it a bilaterally symmetric ptosis? What is more difficult to correct is asymmetric ptosis. Overall, the answer to the question is that mild ptosis is actually easier to correct. The reason is because of the fact that mild ptosis has a relatively good levator apponeurosis and Mueller’s muscle functions compared to those of severe ptosis. Therefore,…
Is Asian Blepharoplasty Revision Possible For Higher Crease?
Yes it works
Jun 1, 2011
Yes, it is definitely possible to create a higher crease. This procedure is relatively an easy procedure. You do not need extra skin to create a larger crease. It will be aesthetically acceptable as long as your eye elevating muscle can tolerate the higher crease. If the higher crease formation creates a slight ptosis, then a ptosis surgery will be performed at the same time so that a high crease can be created which also looks aesthetically pleasing. The surgery will be performed using a…
Epicanthal Fold?
Yes it works, but consider some factors
Jun 1, 2011
It seems like you’d like to lower the outfold and make it into an infold. First of all, the question to ask is, do you originally have the outfold naturally or has this been created surgically? If this was created naturally and you were born with this outfold, then there is only one way to lower the fold, which is to enlarge the eye itself and thereby decreasing the size of the fold height. If the outfold was created surgically and you’d like to make it into an infold, then it…

Latest Before And After Photos